Social media plays a significant role in business, recruitment, and the world in general. After so many years of its growing influence, we all know that to be true. What you don’t know is what trends will be moving forward.

1. Social Media Platforms on the Rise

There are some 3.2 billion social media users in the world (13% increase since 2017) and more than 4 billion internet users. Both numbers are set to rise, and the only real question is which platforms will see the most significant increase. The current forerunners are: - Instagram (platform with the fastest growth) - YouTube (video is on the rise) - Musical.ly (Snapchat’s potential replacement) - Snapchat (Generation Z’s favourite platform) - WhatsApp (1.5 billion users and it’s not stopping)

2. The Other End of the Spectrum

On the other hand, some social media platforms are sliding: - Twitter (hasn’t been one of the top platforms for a while, and it doesn’t seem that this will change) - Facebook (with the recent scandals, senior figures leaving, Facebook has slowed its growth, but it’s still the top platform by active users)

AR and VR current market value is $27 billion, and it’s set to reach $210 by 2022 – which clearly shows the increase in popularity that’s yet to come.

4. The Video is Not Slowing Down

The video has been on the rise for a while now, and it’s not showing any signs of stopping. YouTube is growing in popularity vastly due to favourite YouTubers and their newfound image on par with celebrities. Instagram and Snapchat are the top growing platforms due to their video features, and Gen Z is abnormally in love with video in general.

The newest generation is entering the workforce, but it’s also set to surpass Millennials in numbers in 2019. Gen Z will comprise 32% of the world’s population in 2019, whereas Millennials’ share will be 31.5%. Thus, the focus should start shifting towards them.

The video is hugely popular, so it stands to reason that live streaming would be as well. People are using it more and more as it’s easy, there’s no post-production, and you don’t have to worry about making mistakes.

7. Youtubers Will Likely be the New Main Influencers

We already mentioned them, and yes, Youtubers are changing the medium. They are the new celebrities, especially among the younger generations. That mostly stems from the fact that they are vastly popular, yet relatable and approachable, unlike actors, singers, etc.

8. Authenticity Matters More than You Think

86% of consumers believe that authenticity is the most critical factor when deciding which brands to support. We are easy to dismiss ads nowadays, but that’s not the case with user-generated content.

Artificial Intelligence is one of the hottest topics today. It’s being implemented wherever they can apply it. In social media, chatbots are the best example of AI’s usefulness.

Visual Search is set to rise in 2019 and the years after. Big companies are already developing the engines that are bound to revolutionise several big industries. So there it is - the top social media trends for the coming year. If you are interested in knowing more on the topic and if you want to get advice on digital marketing and recruiting, contact Rec-Social at (+44) 02033895217. 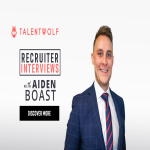 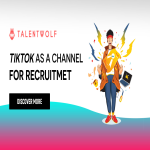 TikTok as a Channel for Recruitment 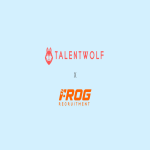 Why a New Zealand Boutique Recruiter Started Using Talentwolf to Understand What Their Clients and Candidates Really Thought About Them. 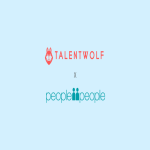 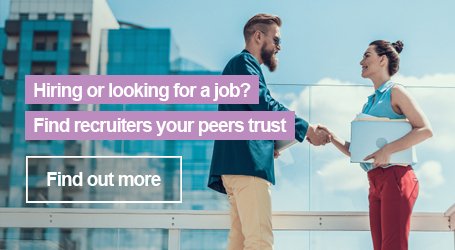